It was a busy day today – I’m bushed. 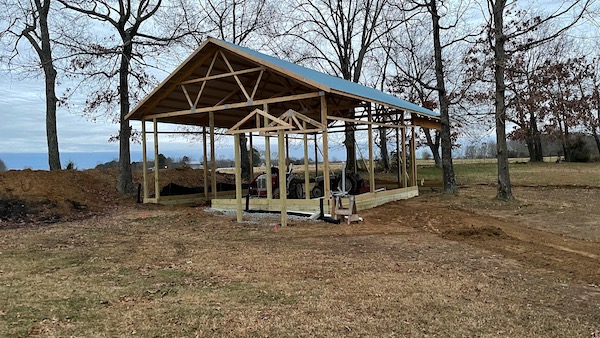 When I excavated for my shop, I put the spoil pile along the fence row behind the shop. 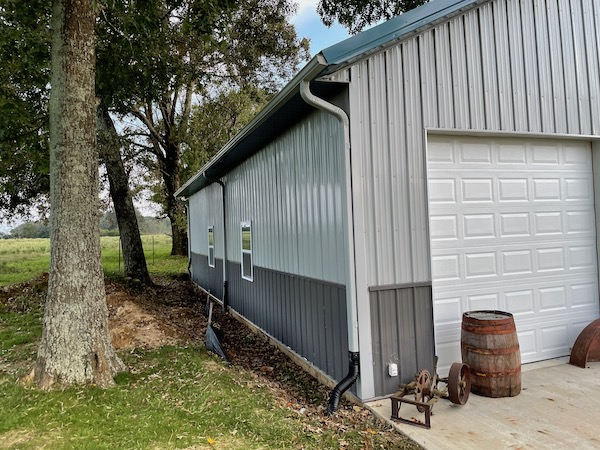 Most of that pile got moved to be used as backfill once the concrete was poured, but there was still a small pile leftover along with my ever-growing rock pile. 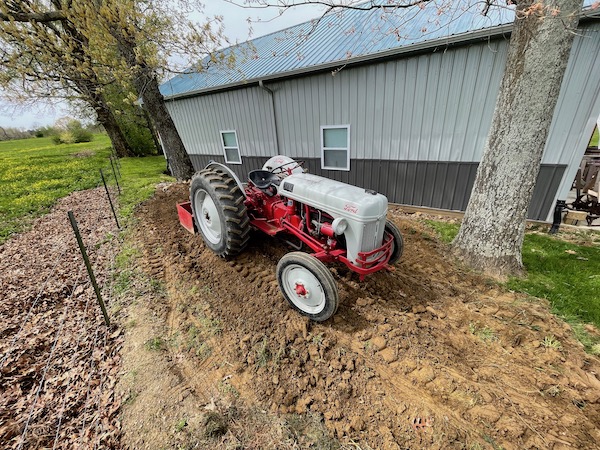 The 8N unfortunately sits most of the time since we moved from the farm, but it definitely got a workout today. I flipped the tines down on the box blade and pulled the pile down mostly level. 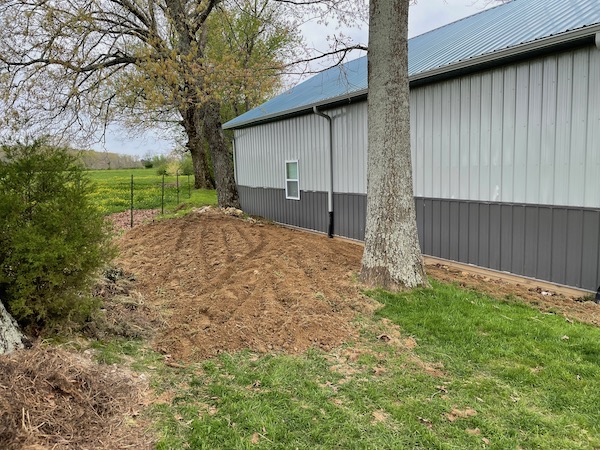 The rear-tine tiller then proceeded to nearly beat me to death, but we together subdued the top layer of soil.

After lunch, I took my trailer over to a friends and we loaded up his NH loader tractor and brought it back over. I had a couple low spots in the yard, so I had him move a few buckets of soil to fill those in. I later used the 8N to re-smooth everything. 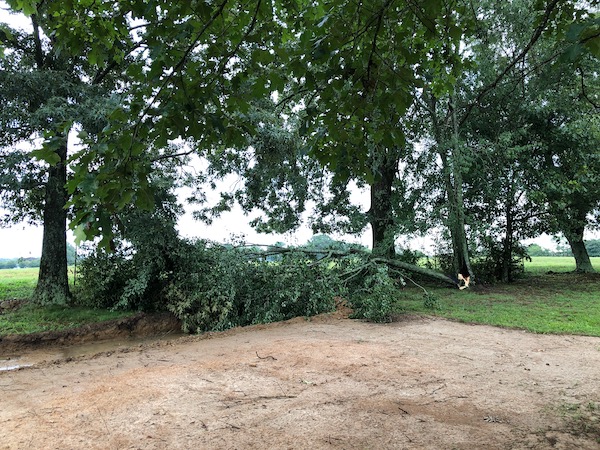 Not long after I had started excavating for the shop, a tree (or rather, one trunk of three growing out of the same base) fell into the excavation site, where I cut it up for firewood. 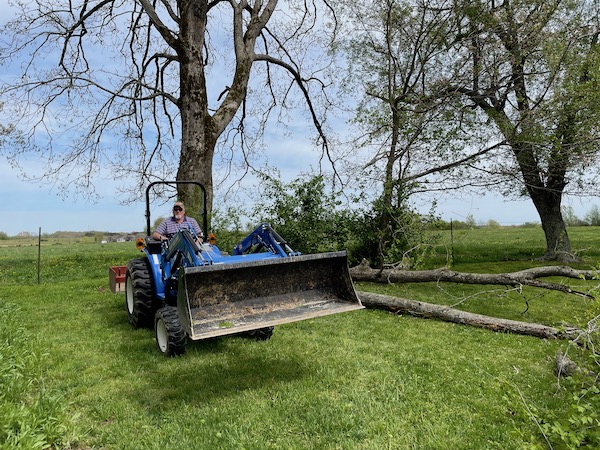 One of the two remaining trunks had clearly since died, and the base of the other looked like it had some rot in it, so it was time to take both down. My friend only had to nudge the dead trunk and it fell right over. I had to cut a notch in the other trunk, but it then went down without a fuss, too. It was rotted about 1/3 through, so it was only a matter of time.

Glad to have that done. Our prevailing storm winds would have pushed either one onto the shop had they fallen.