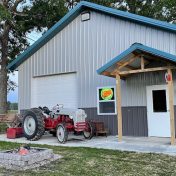 The summer of 2021 has flown by, and I’ve continued to nibble away at the shop building. Most of the wiring has been pulled but only one circuit is active right now. Most of the grass around the shop (planted on fill dirt) died off in the summer heat, necessitating reseeding this Autumn. I added a fire pit since I… Read more »

I charge you in the presence of God and of Christ Jesus, who is to judge the living and the dead, and by his appearing and his kingdom: preach the word; be ready in season and out of season; reprove, rebuke, and exhort, with complete patience and teaching. For the time is coming when people will not endure sound teaching,… Read more »

Years ago on our farm in IL, I acquired several old horse-drawn implements for yard art, one of which was an old flarebox wagon on steel. 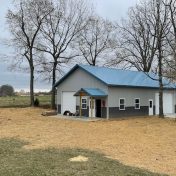 After my missing panels and trims came in, I was able to finally button up the building shell, with exception of the ceiling panels that go under the porch roof. I’ll get to those eventually. 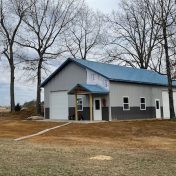 Since I’ve been held up waiting on materials, I spent three very full days last week backfilling around the shop and doing other yardwork with Beth (filling in low spots and sowing grass seed). Since I have a surplus of dirt, I also offered to fill in low spots in both adjoining neighbor’s yards. My missing steel panels arrived this morning,… Read more » 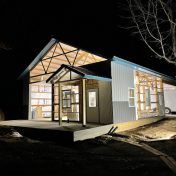