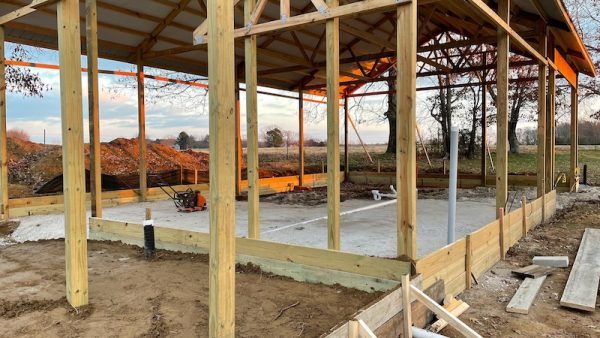 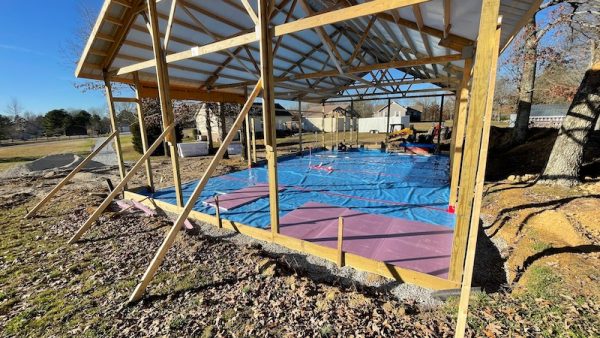 15 mil vapor barrier went down first, making it look like a huge, shallow swimming pool. 2″ rigid foam board insulation went on top of that with all joints taped to seal. I cut 45° beveled pieces of foam board to place along the edges of the slab. 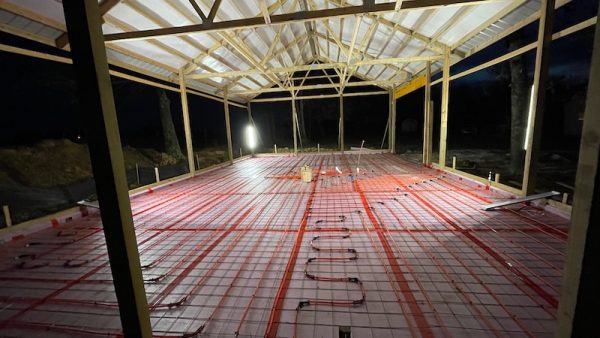 Since my finished floor plan will have roughly ¼ of the floor space as a separate room, I set up the pex tubing with two zones, which required a total of six circuits on two separate manifolds. Once we had everything zip-tied into place and connected to the manifolds, I put 50psi of air pressure in the lines, which was holding fine 24 hours later. 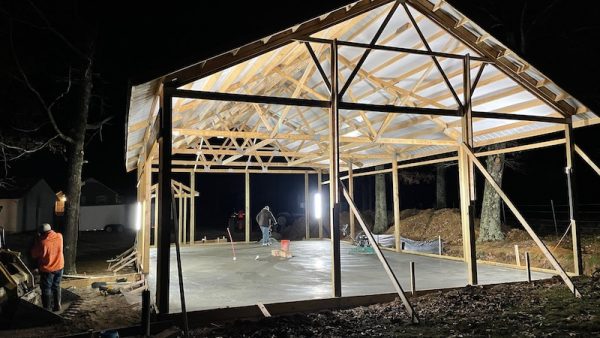 Due to lack of vertical clearance for the cement truck, I had to have the concrete pumped into place. The crew were up late doing the finishing work, and it really turned out nice. 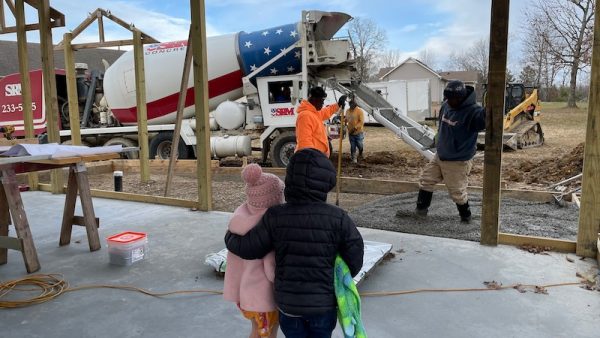 About a week later, the crew was back to pour the two approach pads. My grandkids really enjoyed having an up-front seat to watch! 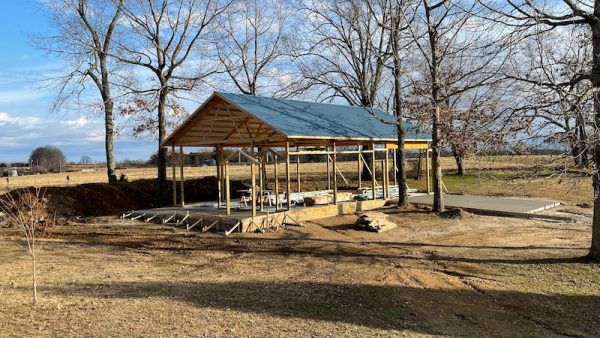 So here’s where we stand as of today – concrete’s all done, and they should be back after the Christmas holiday to remove the forms and clean up. 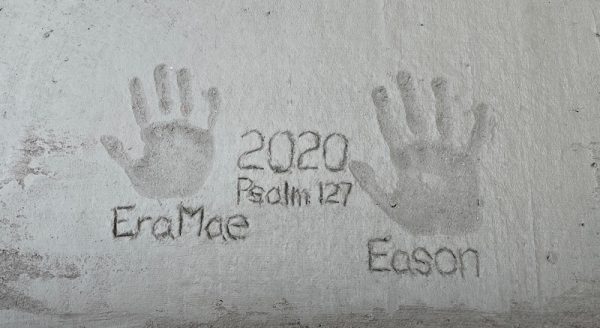 And the floor is now officially “Grandkid Approved!”